Approximately 10 Bovidae went on the prowl and were suspected of chasing some children in Seattle’s Beacon Hill neighborhood.

Seattle Police reported that the goats were loose in the 5000 block of S. Wallace.  Now, that’s not what I would personally call Beacon Hill, it’s more like the west side of Skyway, but hey…. 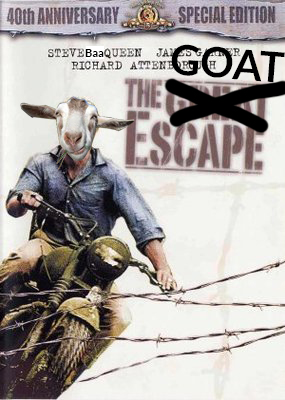 As it turns out, SPD managed to wrangle or round up this unruly bunch, turning them over to Animal Control who promised to catch up with the owner.  Ouch.  I’d hate to be part of THAT conversation!

All in all, I’m pretty sure that this was a fun and lively interaction for our police department.  Like, how many times in your life do YOU have reason to round up some Bovidae?  LOL

The image above, was found out on the SPD Newsblotter.  I can’t take credit.  Someone was really clever!  Check it out.  It’s “Steve BaaaQueen.”