Will more Seattle condos and apartment buildings be constructed in order to handle the housing demand? 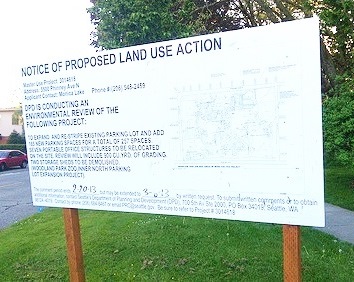 If the city’s leaders have anything to do with it, yes.  But will the neighborhoods allow it? What happens to Open Space?

This second question came into a discussion today when we learned that Seattle City Light intends to sell off several power substations to the highest bidder.  They don’t care who buys, just for the highest dollar.  (Wait… isn’t City Light owned by the city?)  This same city put forth a Climate Action Plan back in 2003, which calls for more open spaces, carbon reduction, tree canopy, etc.  I know because I was one of those Seattle homeowners who planted a slew of trees along my street’s parking strip to help with that tree canopy!

Why is this push by developers so massive?  Well, at a 6% increase in Seattle’s real estate property values and being one of the nation’s “hottest markets,” it’s little wonder that our developers are looking for in-city locations to plop more construction.  Did you  know that on a mere 4,750 square foot lot in a given location in Seattle’s Ballard neighborhood, a developer is allowed to construct 33 units?  That is a huge building for a tiny footprint of land!

The neighborhoods themselves are not getting enough advanced notice of these sell-offs before they see a “Notice of Land Use” popping up and cranes moving into position.  Would YOU want this next to your home?

Now a very vocal new group calling themselves “Seattle Green Spaces Coalition” is trying to save these spaces that City Light wants to auction off to (presumedly) mostly developers.  The idea would be to allow for more community gardens, space for artists, allow the bees and birds to continue to have their nests and way with the plants in the old space around the City Light lots.  Whatever the community in which one of these substation resides, decides they want as use for the land.  It’s not privately owned.  It’s being paid for all these years, by us, the residents and consumers of electricity.

How do you feel about this?  Would you as a City of Seattle Resident support verbally, financially, letter-writingly (is that even a word?) the notion that we could save some of these little niches in the community to be used as WE see fit?  If we don’t speak out or write letters now, then what are your options when more construction comes to your street?  Will you be moving?  If you DO decide to move, keep Seattle Area Homes 4 Sale in mind.

If you would like to read more about obtaining Downpayment Assistance to buy a home as a medical or dental professional, as a self employed person, or if you just need some additional funds for downpayment, I suggest you hop over to: www.DownpaymentForBuyers.com and read the brief details!

Short on cash to be able to buy a home in Seattle NOW?  Then this is for you…. 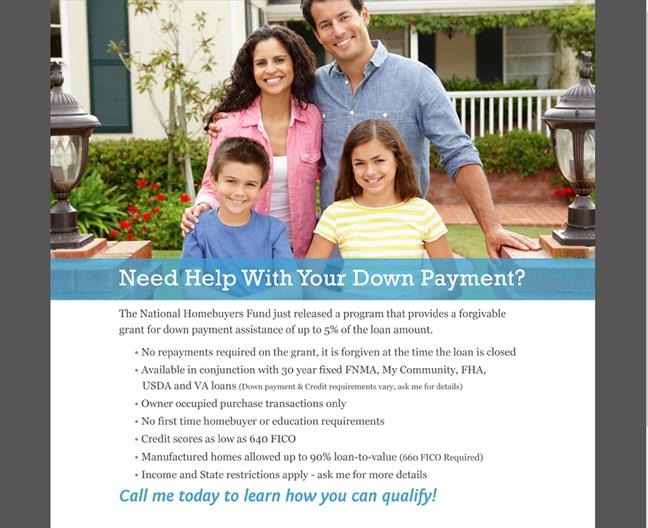 Here below is the rendering of US cities with income averages needed to buy a home.  It gives you a clearer understanding where the “affordable” parts of the country are located compared to your city, or MY Fair Emerald Lady – Seattle! 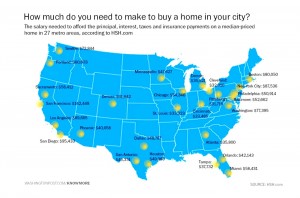 The image originated from HSH.com.  I mentioned them in yesterday’s post too.  Who are they?  They tout they are “the nation’s largest publisher of mortgage and consumer loan information.”  They’ve tracked mortgage markets for over 30 years.

“HSH is an objective, independent source of information about consumer loans. HSH does not make or broker mortgages and is not beholden to any lender.”

What cities are considered affordable these days?  Well, according to The Washington Post that would be: Pittsburgh, Cleveland, St. Louis and Cincinnati.  Personally, I think Seattle and her beautiful surrounding burbs are also affordable, considering our cost of living and wages here.  Agreed, not everyone can afford a $500-$800,000 residence, but there are still some very cute homes in our area between $200 and $400,0000 range.

If you are relocating to Seattle, I’ll find you a good match for your needs.  Contact me and we’ll consult what your timing, needs and price range will be.  I can also facilitate arrangements for hotel accommodations, city tour, school information, etc.  If you’d like to email me or telephone me, the page where you can do so is: http://www.seattleareahomes4sale.com/contact/

Oh, and if you are still interested in the rest of the article about various cities, here’s the link: http://wapo.st/1HqouXC 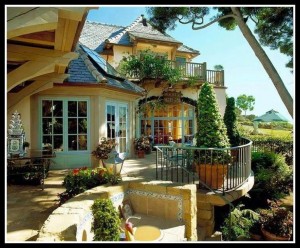 Only 21 percent of Bay area residents can afford to buy homes, according the California Association of Realtors.  “I think Austin or Seattle would be better places to buy,” said Stefano Acerbetti, a software development manager for a startup in SFO, though he has no plans to move away from San Francisco.

I for one, can tell you that the market for a buyer is very brisk, whether here in Seattle or in SFO.
If you are serious about being able to get a home or condo this year, YOU need to take proactive steps in advance of stepping into a real estate agent’s car or attending open houses.

What sort of steps?  How about:
–  Interview 3 Mortgage Brokers to talk about financing and determine what kind of loan would be the best fit for you.
–  Get PreAPPROVED, not just PreQualified.  Difference is that the first option actually gives you power in negotiations with a seller.  All you are waiting to obtain is the report by a bank approved appraiser. PreQualification only says that based on the story you told the banker, you “look like” you can afford the house.
–  Be realistic what you can afford to buy and know that in a brisk market, you may well be up against other people making offers on the same house.  This process is going to take time to be the successful bidder on a property, ESPECIALLY in certain price ranges.
–  Interview Professional Real Estate Brokers to look for a good personality match.  Is the person a go-getter who is knowledgeable, pleasant but enthusiastic, or do they strike you as a plaid-short coat wearing motivational speaker with a dash of car sales thrown in?  (*Hint: Call Rita Harris, Broker as one of your choices to interview!)
–  DON’T try to negotiate with the listing agent to buy the house you want.  You’re not likely to “get a better deal.” a cheap commission (buyers in our area generally don’t pay that anyway), or be put ahead of any other offer coming in.  In fact, you put yourself in a very uncomfortable situation concerning the Law of Agency and representation of your interests!  Would you go to court for a lawsuit and have the opposing counsel/attorney represent you in a court case?  If the answer is “No” then don’t have the listing agent handle your interests.  You need a Professional Broker who is an advocate of YOUR needs and interests.

Be glad you are choosing to find a home here in Seattle, WA.  Although there will be a flood of buyers looking this Spring and Summer, persistence will pay off and you are money ahead of trying to buy in San Francisco.  Here’s the rest of the story if you’re interested in reading: http://cnet.co/1Bij2Fu 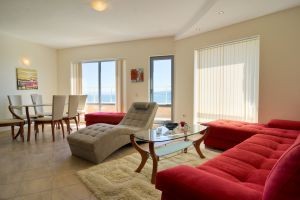 Are you a Renter in the Seattle area?  If you rent an apartment and pay the landlord on time every month, you get no boost to your score — zip.

That is, unless your landlord reports rent payments to the national credit bureaus.

Without a major positive such as rent payments in their files, a missed payment on a credit card or auto loan could have significant negative effects on your credit scores!  Sometimes, the only positive thing on  your credit report COULD be your stead, regular and on-time rent payments.

Want to read the 411 on this?  Here’s the link: http://bit.ly/LandlordBoost

Do you remember 2006, or is that a distant memory? 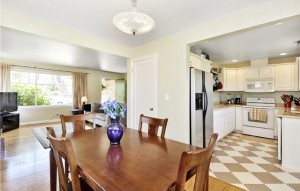 Here’s a newsflash – Due to the pent-up demand for housing, Seattle hasn’t seen this kind of traffic and number of pending sales since around 2006!

While houses and condos ARE coming on the market in a steady way, there is still not enough inventory to satisfy the needs of those who are moving to our area, let alone those already here looking to transition from rental units into homes.

What can be done, you say?

For one thing, it would be lovely if lending institutions could let-up on the regulations a bit so that developers/builders who are willing to create multi-family condos & townhomes,  CAN afford to build again.  Seattle has experienced a number of tall stacks going in, but not all of these are condos  Often, they are very small apartments.

Want to read the short article by Marc Stiles of the PSBJ?  Here’s the link:  http://bit.ly/SBJ2006 about Seattle real estate for sale.

If you’re a seller and you would entertain an opportunity for a private, no obligation consultation about your property’s value,  contact me.

We can discuss how you take take advantage of this market for serious wealth building! 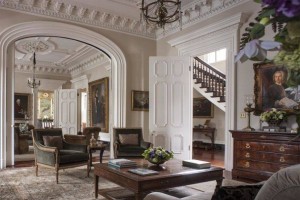 Do you love elegant, Georgian rooms? This is a gorgeous example of deep crown and doorway mouldings, along with stylish furniture decorating.

If you love this style, there is a more affordable version on Seattle’s Capitol Hill and just listed in the last few days by a friend of mine! For you folks, I am always available and have time to meet you if you’d like to take a peek. No appointment needed to see the interior. Want to come along? eMail me or phone me….  http://www.seattleareahomes4sale.com/contact/

Holy Smokes! When did Aberdeen, WA
become the hot-bed of real estate values?
Probably while we were sleeping…. 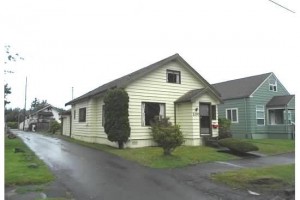 According to the Puget Sound Business Journal, Kurt Cobain’s family home in Aberdeen is now on the market (again), this time for a mere $400,000. Here’s the link to sneak a peek:
http://bit.ly/KCobain

Photo credit – Special thanks to the PBJ. 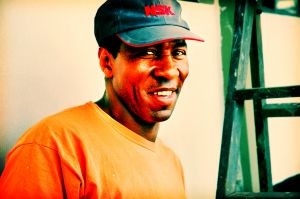 This tidbit of news might be helpful to them to know, now at tax time, so feel free to share the info! I pulled it directly from a property management firm in our area:

Landlords need to obtain the name, address and taxpayer identification number of the service provider, using Form W-9 or a similar form.”

*BTW – Nothing found herein should be construed as an attempt to offer or render a legal opinion or otherwise engage in the practice of law. You should obtain the advice of an attorney well versed in these matters.

Psssst! Know someone who lives in Mountlake Terrace?

Their newspaper just released this week the comparison news that “Mountlake Terrace home prices have increased by 8.8 percent, sales up 23.1 percent.”